Today we are absolutely thrilled to be sharing an interview with the legendary coach, Eva Jeler.

Eva was a German National coach for the German Table Tennis Federation (DTTB) for 37 years and has collected more international medals than any other German coach.

Eva joined the DTTB in 1983 and was given the task to reshuffle the structure in Table Tennis after a poor performance by Germany in the World Team Championships. She went on to manage the creation of the talent ID system and youth programmes which are still in use today and has worked with some of the superstars of our wonderful game.

Eva is now working with the Australian Table Tennis Federation along with Irishman John Murphy in what will undoubtedly prove to be a flourishing and exciting partnership. Table Tennis Australia is in good hands.

Your playing career was unfortunately cut short due to injury, can you discuss the transition from player to coach?

This can be difficult for some people and many players become coaches because they have no alternative which is not always the right reason. A coach has to have passion and the desire to do only one thing, to coach! Coaching was actually not something I planned but I decided to work at a camp for amateur players while on holiday and I found out just how much fun and interesting it was to teach people new things! Then, while I was waiting to hear if I got a Uni place to do my PhD, I received an offer from the Bavarian Association to work for 9 months, however, this became a little longer!!

What has been your happiest moment as a coach so far?

This is difficult to answer because I was genuinely happy most of the time! Of course, I had some battles, some necessary and some not, but I simply enjoyed everything about my job. Whether it was Tournaments or working with my colleagues, it was just wonderful and I loved every minute. Yes, for sure I was happy when we won the World Doubles title or became European Champions or when we won tough matches we weren’t expected to win or when a practice session was good or when I had a feeling the players learnt something but I can’t pinpoint one special moment. I was generally happy in TT!

Can you give us your opinion on why the German Talent ID system is so successful?

This has been built up over a long period of time and the German Association is very big and very professional. However, the most important thing is that the Association and the Coaches strive to do what is best for the player! In the past, when a talented player was discovered, there have been some problems between the club and the Association as the club didn’t want to lose their player, however, the system is much better now. There can still be improvements as perhaps the players should be spotted from an even earlier age but in general, we identify players as soon as possible and we start to work on their physicality, mentality, understanding of the game and their basic technique.

How did winning that first Gold at the European Championships along with Rosskopf feel?

When Rossy won, it was a great, great feeling! Not many people knew, but he was on the verge of a very serious injury and yet he still wanted to play everything, Mixed, Singles, Team, he wanted to play it all, he always gave everything!! It just felt like Rossy winning the Gold medal was the right result as this was a man who gave all he had to every event. There were some players who didn’t play Mixed or the Team event for example but Rossy played everything and it just felt like the right person won! Yes, I was exhausted but when he won the last point it was a very special moment.

Can you tell us what it’s like to work with one of the superstars in the world game, Dima Ovtcharov?

One thing I learnt in Yugoslavia and also with my Club Coach was that you have to be the strictest with your best player but also fair. I started working with Dima when he was 9 or 10 and he left me at around 16 years old, we didn’t see each other every day but we spent a lot of time together, some strongly believed that he was my adopted son! Dima was fun, he was always trying to do something special, he was alive and was a dream to work with. Yes, he could be tiring sometimes as I had to keep a constant eye on him as he was always trying different things. It is wonderful to work with people who want to practice and he was one of those players that when you forbid him to practice and put him out the door, he would come back in through the window! If you told him to rest, he would just come back and start to do something with the ball and the bat and if possible, bring someone with him to play. So yes, it was a great pleasure to work with him but could be tiring also, lol.

Have you a favourite player you have coached, maybe the hardest worker?

No, I don’t have a favourite player, the other coaches say I love all my players. So many didn’t make it to the top in Table Tennis but because of what they learnt and the experiences they had, became wonderful people. Rosskopf was an incredibly hard worker, he would never let an obstacle stand in his way and was just a wonderful example of a great mentality and willingness to work. Dima, when younger, was a small magician and a wonderful player, but he didn’t always practice what was necessary. I also loved to work with Christian Süß, whose career was unfortunately cut short due to knee injuries. He was one of the most interesting players I ever had the luck to work with, he was mentally strong, a great personality and a good tactician. Patrick Baum and I had to find ways to work with him at the beginning, but after that we had a great time and he was surely one of the greatest talents we had in DTTB. I also worked with Wosik and Elke Schall-Suss who was also one the greatest workers, she was fun to work with as she wanted it so bad. I also worked with Jie Schöpp with whom I learnt so much about defence every day, she was also a great player, big fighter and a wonderful person to work with. Also, Nicole Struse, strong character, difficult to work with but great talent. I had Petrissa and Amelie Solja, these are big personalities, strong people and it was interesting to work with them all. I cannot point one out as they were all special people and players, it was just wonderful to be part of their career, even for a short period of time. 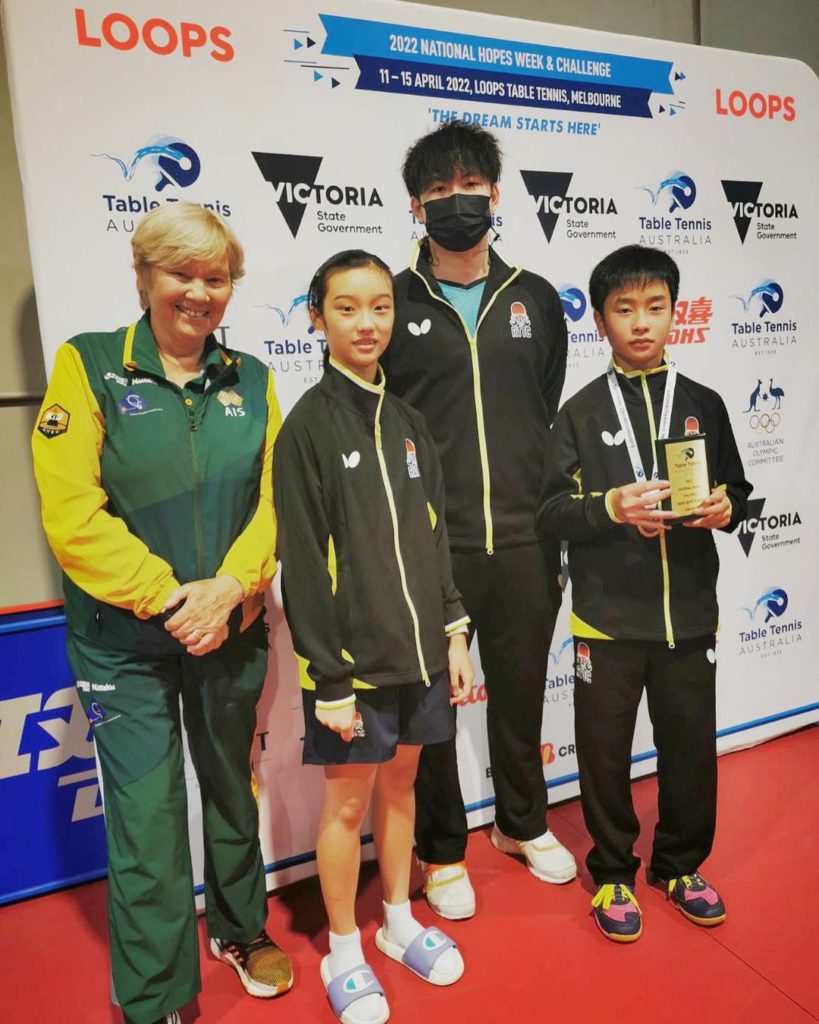 Can you give us 3 attributes a player needs to be successful?

Table Tennis is perceived by many to be a male dominated sport, can you discuss any challenges you had as an aspiring female coach?

One great tip for any aspiring young players?

Yes, it is still a male dominated sport and we are in the 21st century and it has nothing to do with the quality of work. I actually didn’t notice any challenges as I was brought up in Yugoslavia where there was always complete equality between men and women. When I heard that in Germany, some men were paid more than women, I couldn’t believe it! My father also taught me to always believe I was equal. When I came to Germany, I was young, blonde, and didn’t speak the language well but I still didn’t feel any discrimination. I was also lucky that I worked with men who didn’t care about anything else, from the work being done. My parents always taught me to always do my best and I worked hard and the results were there so for me it was fine. Last year, however, I noticed a change in the atmosphere, things became a little negative between colleagues and players towards a female person. To recognise this was a very sad moment for me.

Can you give one tip to any ambitious coaches out there?

Just go and work harder than the others and don’t fight unnecessary fights. Be inclusive, always see the reason why people react the way they do. Respect everyone, the players, the colleagues, the parents and try to involve everyone in your project. Explain your project and don’t fight or be negative, just open your arms, try to include and be respectful!

Thank you for your time and answers Eva, we wish you all the best! 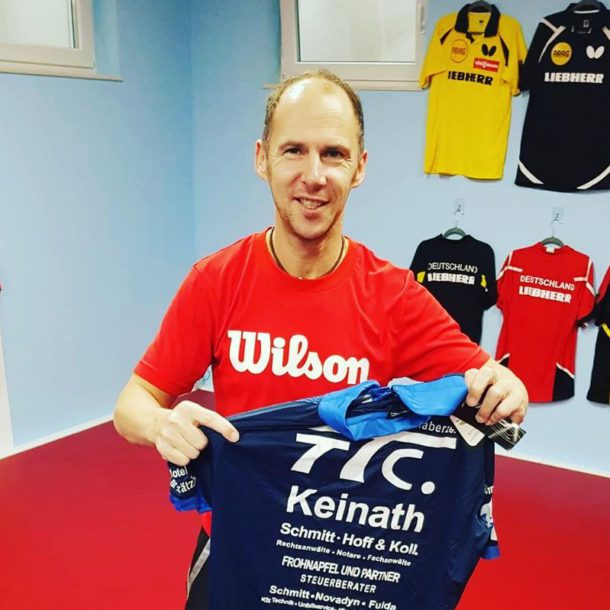 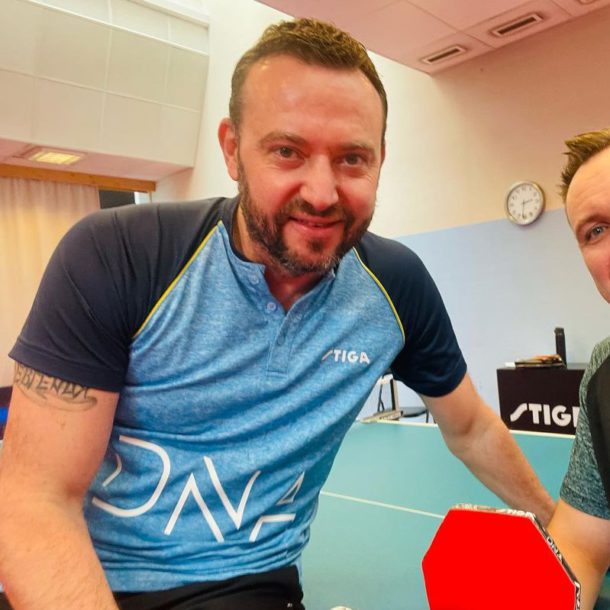