TTFit are excited to publish an interview with one of the most popular names in World Table Tennis, Matt Hetherington.

Matt has won 2 National Doubles Titles and also represented New Zealand in the World Championships on a few occasions.

He now Coaches at the Lily Yip Table Tennis Centre in New Jersey and is one of the most active Table Tennis bloggers in the World. His passion for the game is infectious and we are so excited to be sharing his views and experiences with you.

You currently Coach at the Lily Yip Table Tennis Centre in New Jersey, can you talk to us about the perception and growth of Table Tennis in general in the US?

I think the USA has a very popular social growth in table tennis and it has become more visible in celebrity circles and large charity events across the country, and of course the SPiN clubs and other ping pong style social bars are also popping up more in recent years. In terms of development and competitive level it has tended to be more popular in the Chinese and Indian communities in the major centers of the country and recent national team performances have been stronger after a handful of players made a commitment to go full time. In terms of competitive players the number is fairly steady and needs some more investment for growth.

Lily is 56 and still tops the Women’s World Over 50s ranking, what attributes make her such a special player and competitor?

Lily is one of those rare players who has that competitive fire and believes she can achieve anything if she works hard enough. She has an incredible amount of passion and still has the desire to compete and perform well and keep a good training schedule for fitness and to keep her level. I have been very fortunate to have her as a practice partner for many years now and we have had some crazy moments, even training at 4am before heading to the airport for a tournament!

Your passion for Table Tennis is obvious, what gives you the most joy in your profession?

I grew up without much guidance in the sport and had to learn a lot of things myself, so for me giving back and helping players who are also in that position is what brings me joy. I started my blog and transformed it into more of a coaching blog and made a pact with myself to reply to anyone who reached out to me via my platforms, so essentially just being able to help those who don’t have access to a coach or training but who do love the sport and want to grow as players.

You have a condition called autoimmune disorder, can you tell us more about it and the impact it has on you?

I have 2 autoimmune disorders where my immune system attacks certain cells in my body, the relapses are very tough on me and often took 3-4 months to fully recover from. I was first diagnosed at 23 and relapsed on an annual basis save for 2017. I had to withdraw from the 2016 Oceania Championships after being selected for the men’s team for that event for the first time which has always hung over me as a huge regret as I never had another chance to be in that team. While it has really hindered my ability to pursue much in the way of competing as a player internationally, it also fed the motivation that got me to three WTTCs, so there are pros and cons. I always try and use it to push me to be healthier and to be more grateful for opportunities and for the career I have made in the sport.

How would you describe your Coaching style, and how do you get the most out of your players?

My coaching style I would say is quite descriptive, I like to explain things in detail and to treat coaching very much as mentorship, particularly with the younger players. My philosophy is to create balance across the four pillars of performance – physical, mental, technical and tactical, so I try and embody a lot of different elements into my coaching to help create whole players, and also invest time outside of lessons or training to make sure the players who are really committed to goals are doing everything they can to achieve them.

How do you deal with talented players with poor attitudes?

I think, especially in the USA, that talented players worst attitude is often ego and arrogance. I like to give a lot of examples of mistakes that I made in my playing career to help outline better pathways, but also I think it is good for those players to feel loss and a need to work harder – giving them easier opponents with tough point handicaps is one tool I liked to use before as they either had to raise the bar or face losing to someone below their level – good to keep them humble. 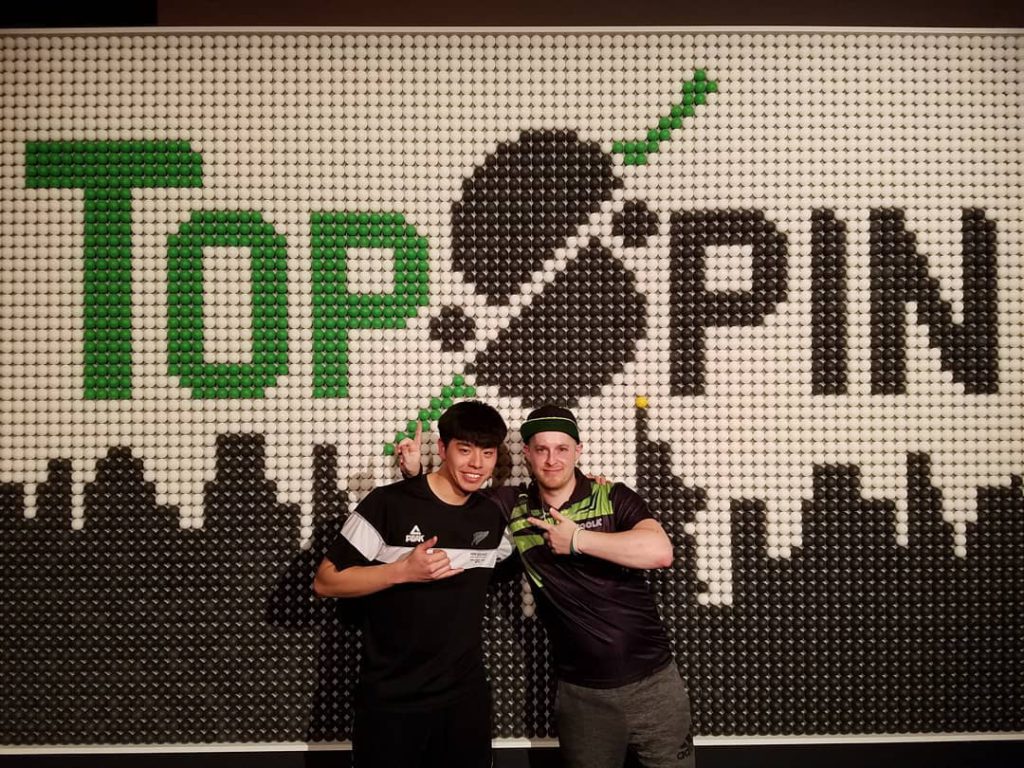 What are your 2 favourite Table drills/exercises?

It’s difficult to pinpoint anything specific, as a player I always liked to play backhands down the line (i’m lefty) and then at any random ball I could step around and play forehand anywhere then free rally. That was my ‘confidence drill’, so one that I would always choose if I felt like my training was a bit flat and I needed to do something to get me back in the zone. I guess I also liked playing backhand, middle, backhand, forehand because I felt I had the best rhythm with that drill. In terms of favourites as a coach it is whatever 2 drills my student likes doing the least.

Probably Lubomir Pistej, I commentated the Joola Team finals in Washington DC last year and had kind of nudged him into playing some of the amazing shots that we always see on his instagram. He promised he would deliver, and it was quite a spectacle. He was ripping some insane sidespin chops from the back corner of the court to win points and running in for backhand punches down the line. It was really amazing to watch, and of course after each one he would glance over and smirk at me or nod to make sure I knew he was responding to my request. That team final was probably the most exciting team match I have ever watched.

What is your most memorable experience as a player?

Probably 2017 Dusseldorf, I won one of my matches at the World Champs (individuals). It was my last match of the tournament as I had already lost the other 2 group matches and so I said I ended the same way as Ma Long – by winning my last match. It was a big deal for me because any win at the WTTC I think is pretty special and it’s something I won’t forget, especially after all the hurdles I had overcome to just be there.

Finally, if you could give 2 tips to any young, aspiring Table Tennis players, what would they be and why?

1. Find your passion first, if you love the sport you will enjoy every aspect of it – the tough training, the tough losses, the exciting wins. You have to embrace every part of the sport and every experience and still enjoy being out there, no matter what the challenges are. I loved the game and I made the national team by outlasting many of my teammates, because I just kept pushing while they lost their motivation. 2. Evaluate often. Set goals and evaluate in short term blocks. One of my biggest flaws was not evaluating enough, I would look back at the end of a year and feel disappointed that I didn’t do more or didn’t really achieve what I wanted to. At the end of the year is too late, if you evaluate yourself and reflect often on your performance and what to improve then you will make the absolute best of all your time dedicated to becoming a better player.

Thank you for your time and answers Matt, we wish you all the best! 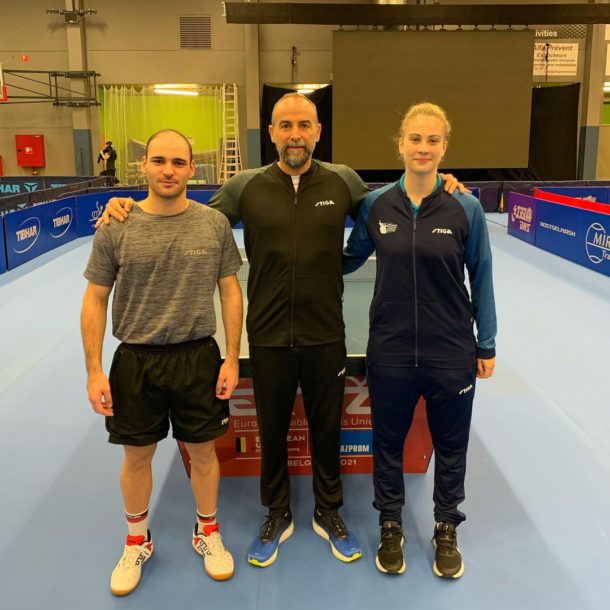 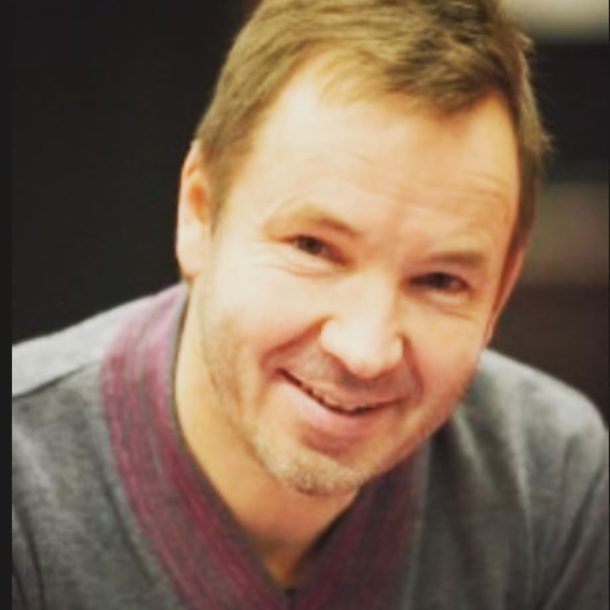